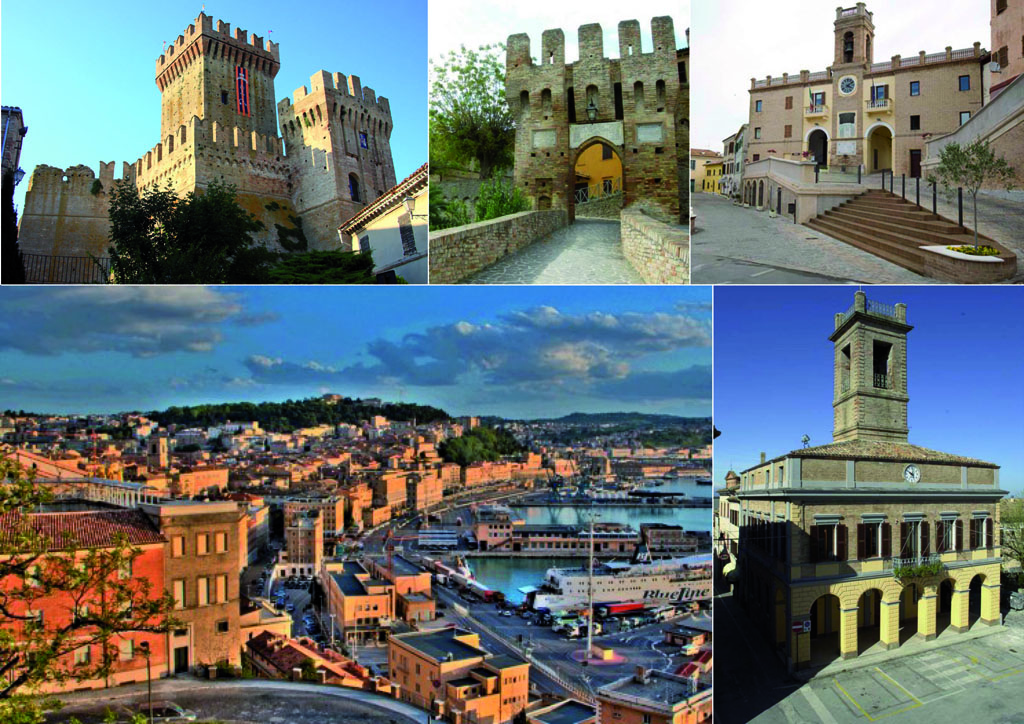 Below the most important Countries to visit about the ancient Castles Land, a land of rolling green hills behind the Conero.

The Castles Land is behind the Conero Mount, between green hills and beautiful slope in the territory of Ancona, that is an area with an ancient tradition. This area is borded by Esino and Musone rivers. It includes also Offagna, Agugliano, Polverigi and Santa Maria Nuova countries. This area has a rich history, traditions and culture, where the fortifications served to protect and defend Ancona city. These are small villages that resist the time remaining firmly ancore to their traditions. They are a peaceful oasis where live with typical food and historical re-enactments, festivals and genuine products rediscovered in old buildings that relive their glory through exhibitions or historic trails.

Offagna is the hub of the Castels Land and it is built around an ancient fortress on a hilltop that dominates the surrounding landscape. Although there are many historical notes that talk about this village birth, we know that, in tha late Middle Ages, this area was granted to some noble Germanic before moving, in 1445, to the jurisdiction of Ancona. Among the twenty castles built to defend the Ancona city, Offangna became one of the most important centers. In this period, it was also built the Rocca to defend the border of the Aspio river. Now and after several renovations, the Rocca has the original appearance with a square plan, corner tower and a central donjon.

Polverigi is located in a broad valley between hills suitable for agriculture. It has an ancient history that starts with the Avellaniti monks, who around the year 835 they were allocated here the San Damiano parish. The castle was built little later and in conjunction with a non-aggression agreement between the Ancona, Osimo and Fermo cities. Today, about the ancient castle remains only the entrance arc, because over time walls, towers and battlements were converted into homes.

Agugliano, which gave birth to the illustrious magistrate medieval Baldo d’Agugliano, which is also mentioned in Dante’s Divine Comedy, it is on a hill about 15 km from Ancona. First proof of his membership defensive castles of ancona is the Castrum Agulliani dating back to 1358 which remains detectable its ancient perimeter. There are several places very fascinating and worthy of note as Santissimo Sacramento Church where every year the town’s Patron, Sant’Anastasio is celebrated and the Santa Maria di Nazareth Church built in 1304 and it was renovated in 1926 thanks to the efforts of Cardinal Vico.

Santa Maria Nuova is another small village nestled in the inland hills. It was originally called Santa Maria delle Ripe, it has long been nder the auspices of the mayor of Jesi, whose independence was ratified in 1858.

Live the Castles land with holidaysmarcheitaly.co.uk and surprise yourself by the beauty of these places that have so much story to tell.