If you are on vacation a Marotta, and if you are satisfied with sun and sea, after spending the morning on the beach, we recommend that you take a dip in the past in the afternoon. Visit the Abbey of San Gervasio di Bulgaria in Mondolfo to throw yourself into ancient and mysterious atmospheres. From the tranquility and joy of the Marotta coast, in a few minutes in Mondolfo you can find the charm of aancient medieval abbey. Here is a historical and architectural description of this jewel of art history present in the Marche, one of the most precious of the province of Pesaro Urbino, right next to Fano and Marotta.

History and Architecture of San Gervasio in Bulgaria

Symmetrical, mysterious, of a strange red color, the Abbey of S. Gervasio di Bulgaria in Mondolfo looks like this. This ancient place of worship is located in the full green of the countryside, near the left bank of the Cesano river. Walking around the church you will notice its unmistakable basilica plan. In Mondolfo, a town overlooking the Adriatic, there is a treasure with a secret and mysterious charm. The Abbey of San Gervasio di Bulgaria is one of the most beautiful and enigmatic churches in the Province of Pesaro and Urbino. It welcomes the visitor on an itinerary of faith, history, archeology and art to be discovered (also read our blog on the Abbeys of the Marche). The Abbey has early Christian origins and was born right along the diverticulum of the Flaminia consular road which, at the height of Cagli, folded towards the south and, along the current provincial road of Valcesano, passing through S. Gervasio, Sterpettine, Senigallia reached up to Ancona, the main port of the middle Adriatic coast. 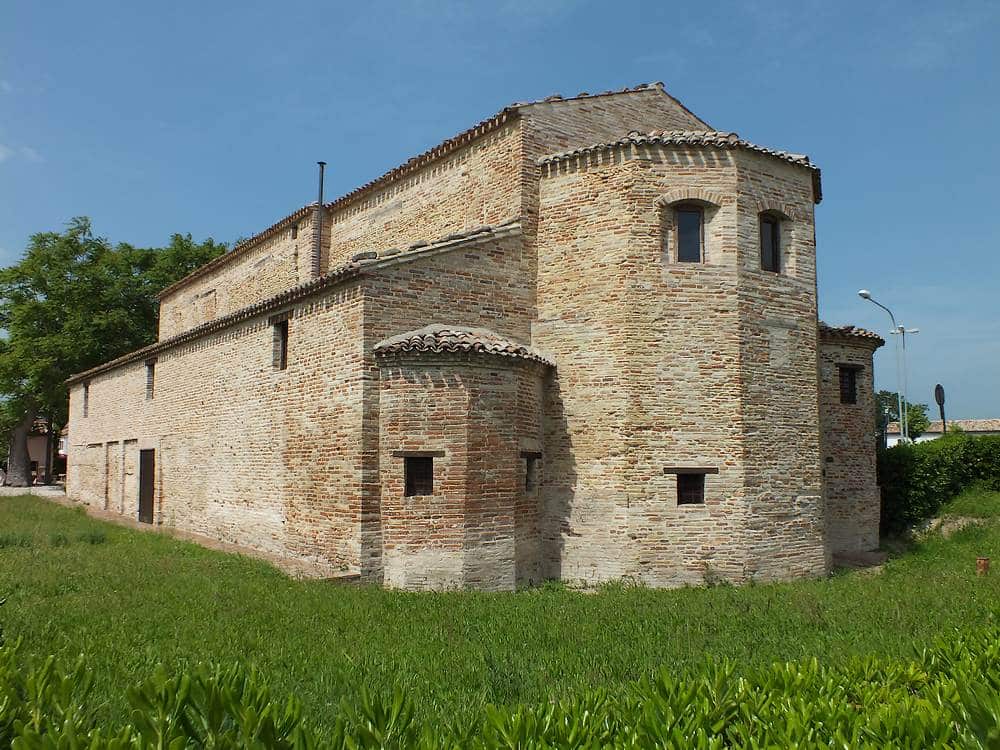 The construction of the abbey along a fundamental road route is certainly not surprising, as the first places of worship were built right next to the most important communication routes through which the Good News it spread all over the world. Moreover, here, in all probability, the post station of Ad Pirum Filumeni stood in the late Roman era, a place indicated by the Tabula Peutingeriana, a catalyst of exchanges and meetings not only commercial, today witnessed by the archaeological area still to be extensively investigated. The Abbey of S. Gervasio, which on the outside has a basilica plan with three naves, inside it is affected by the eighteenth-century rearrangements which, while allowing the triapsidal reading of the sacred building, on entering they show at first only the main nave. The basilica layout of the church denotes a construction symmetrically related to a median longitudinal axis in which special measures implemented in the restoration also allow a partial reading of the columns that delimited the lateral naves of the Mondolfese temple. The altar faces East, where the sun is born, because the Church is venerated Sun of Justice, Christ the Lord. In the nave, through the bricks you can clearly see, about halfway, a previous structure, at the height of the ancient floor, which identifies a door. This access is located on what is considered the oldest building - cell - of the Abbey of S. Gervasio. It is a square-plan structure, with thicker walls (also legible in the division between the central and side aisle) than the rest of the church and whose origin is very uncertain: it may perhaps be reconnect with a martyrium, that is, with a place where the relic of a saint was venerated.

The Crypt of the Abbey of San Gervasio in Bulgaria

Undoubtedly the most evocative place of the entire complex of S. Gervasio is the mushroom-shaped crypt, supported by a single column in cipollino marble. You will notice that the perimeter is dotted with blind arches, while in the center is the largest Ravenna-style sarcophagus present in the Marche region and datable to the early sixth century. This artifact, which tradition wants to preserve the body of St. Gervasio, expresses the faith of those early Christians in its representations. In fact, we find the Cross, the peacocks, the Constantinian banner, the ivy engraved. If it is true that "no one is immortal" as it is written in Greek in the quadrangular plate of alabaster, placed upside down on the top of the central column of the crypt of St. Gervasio, it is equally true that with the sacrament of Baptism every Christian is called to life eternal: here, then, is the Baptismal font of S. Gervasio, door of the believer's immortality. Finely worked, dating back to around the XNUMXth century, it is now preserved in Mondolfo Town Hall. Passing under the central nave through a gallery cut in the cement mortar of the Roman era, you reach the south aisle of S. Gervasio. Here the choice of restoration makes it possible to have a global reading of the building, thanks to the vision of the entire nave as it appeared at the time of construction, marked by the colonnade. The history of S. Gervasio of Bulgaria and that of Mondolfo seem to be closely linked. It has been hypothesized the foundation of the powerful monastery of S. Gervasio, dating back to the early Middle Ages well before the year XNUMX, due to the presence of the Offonidi, the gens that would have given rise to the name of Mondolfo (Mons Offo) lords of Castellor for several years. The annual festival is celebrated in the abbey on the Saturday after Easter, "Saturday in Albis".

Where to sleep nearby

The Abbazia Club Hotel, was born on the seafront of Marotta and boasts a first-rate structure completely recently renovated and equipped with all the major comforts needed for a wonderful and relaxing holiday in the heart of the Marche. In addition to the enviable position a stone's throw from the sea, the Hotel offers its guests 50 rooms, all furnished with care and very comfortable, equipped with bathroom and shower, telephone, mini-fridge, wireless in the room and everything necessary for live an unforgettable holiday. 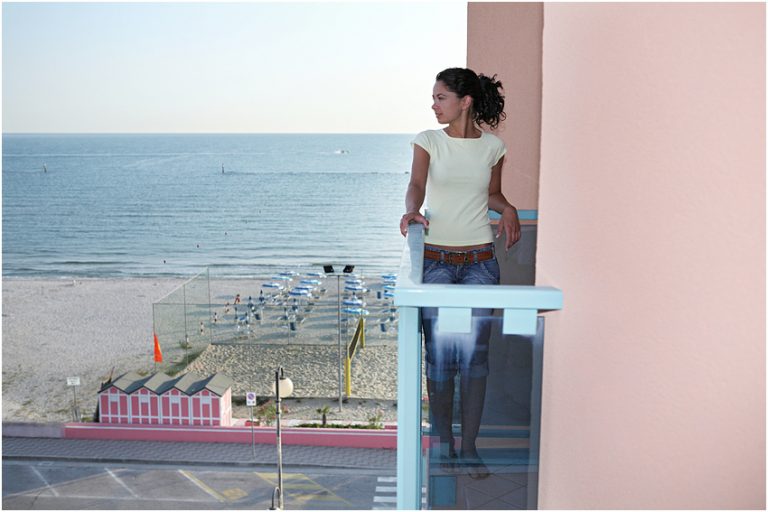