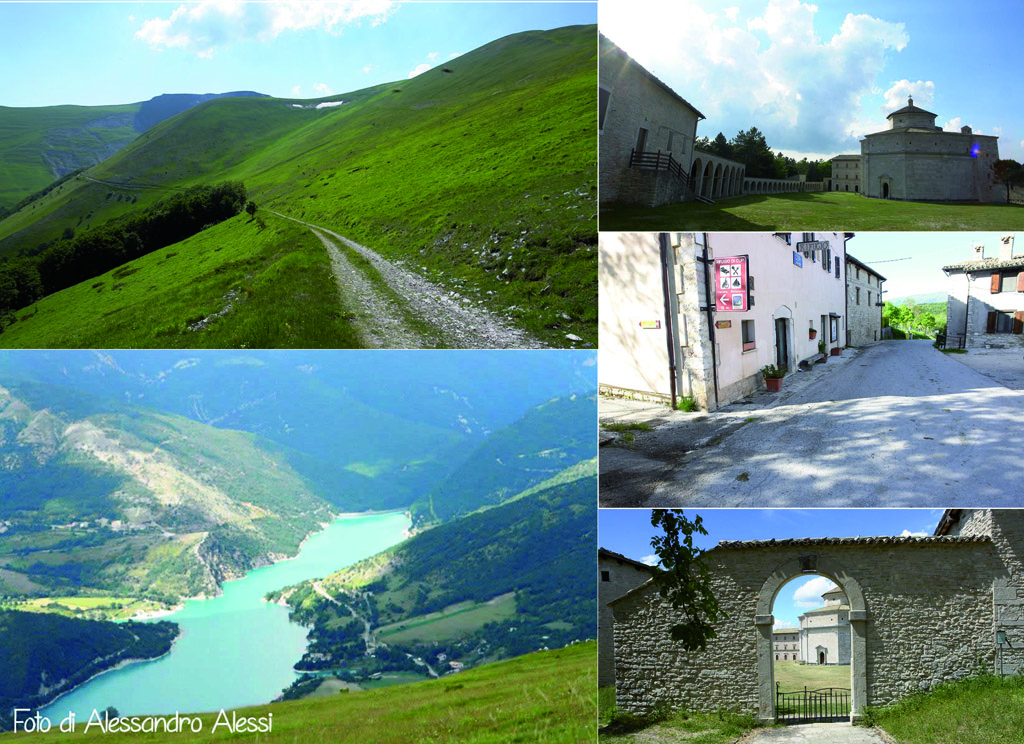 “Maceratese”, villages to visit, and extraordinary trip in Sibillini between the most characteristics villages #maceratese #maceratesetovisit

In the hinterland of the territory of Macerata there are enchanting villages to visit and to discover, between green hills and majestic peaks of Sibillini Mountains. This villages are characterised by centuries-old traditions, motive of proud, which represent a genuine, simple and authentic way of life. The little villages host tourists through their story which are told through the old churches or buildings, through their breath-taking panoramas. Here there is a suggested trip which starts from Sarnano and end to Visso, having a stop-over in the splendid Pievebovigliana, Fiastra and Ussita.

Sarnano is a marvellous village which feature a medieval village : starting from the color and material of the “pietra cotta”, used all over the old centre, ending to the different manifestations, which every year recall many tourists. For those who love architecture, Sarnano is a village which offer centuries of history through Palazzo dei Priori or Palazzo del Popolo which today is Teatro della Vittoria, and also through its churches such as the Romanic Church of Santa Maria di Piazza, which contains priceless art works. Walking through Sarnano allow you to bump into the “Pinacoteca”, the arms museum, the “Francescana” library, or to walk between paths surrounded by nature.

Another stop-over is Fiastra, which is well known for its lake. The Lake of Fiastra is an artificial basin stoked by the river Fiastrone. It has become the main character for many sports events such as the triathlon of Sibillini Mountains and fishing challenge. Furthermore, it has become a stop-over for many tourists thanks to its itinerary by feet or by bicycle around the Lake. “Campo Avventura” is a  cableway which pass from one side to another and it’s absolutely to try. Whereas is very interesting the itinerary which transports you from the dam of Fiastra to “Lame Rosse”, the canyon of Marche.

Going always more in the hinterland, you can face with Pievebovigliana, which is well known because Saint Francesco passed through this village during his trips. It is a calm village, with centuries-old traditions and characterised by a local cooking which use only local products. On the other side, for those who love the nature, Pievebovigliana offers an immersion in the nature through the Lake of Boccafornace or the Lake of Beldiletto. The history of the village has been told by way of the Church of Saint Giusto of Saint Maroto, one of the most important Romanic monuments of Marche, dated back to the medieval centuries. A little further on there is the convent of Saint Francesco in Pontelatrave, which has been built during one of the passage of the Saint in this territory.

Near Fiuminata, there it is Ussita, a mountain village. During winter, Ussita offers the biggest ski complex thanks to the structure of Frontignano. This complex is very frequented by young people who can have fun also in the Olympic track or in the ice building. During summer you have the possibility to do different excursions by feet, by bicycle, by horse with different length or difficulty.

Going on, you can find Cupi, a very little village which offers itineraries by feet or by bicycle such as the one of Santuario Macereto, (big and extraordinary liturgical complex surrounded by green, which is the most representative architecture’s expression of the Renaissance century in 1500) and having excursions such as the one on the Monte Rotondo, or the one of Grande Anello Sibillini from which starts the trekking way. Furthermore the town organises interesting activities which shows old activities such as making bread or pizza, or making cheese with old methods, with the possibility to visit the “museo della pastorizia”.

Our trip end in Visso. There are different monuments mostly important for their historic meaning, such as the Collegiata di Santa Maria, the Santuario di Macereto, Palazzo Priori place of the municipality with a Gothic style. Moreover, in Visso there is the “Museo Leopardiano” which conserves different handwritten, among which “l’Infinito”. Visso offers also different excursions by feet or by bicycle from Cupi to Macereto, or Monte Rotondo, or “grande anello dei Sibillini”. Visso organises interesting activities which shows old activities such as making bread or pizza, or making cheese with old methods to rediscover our origin.