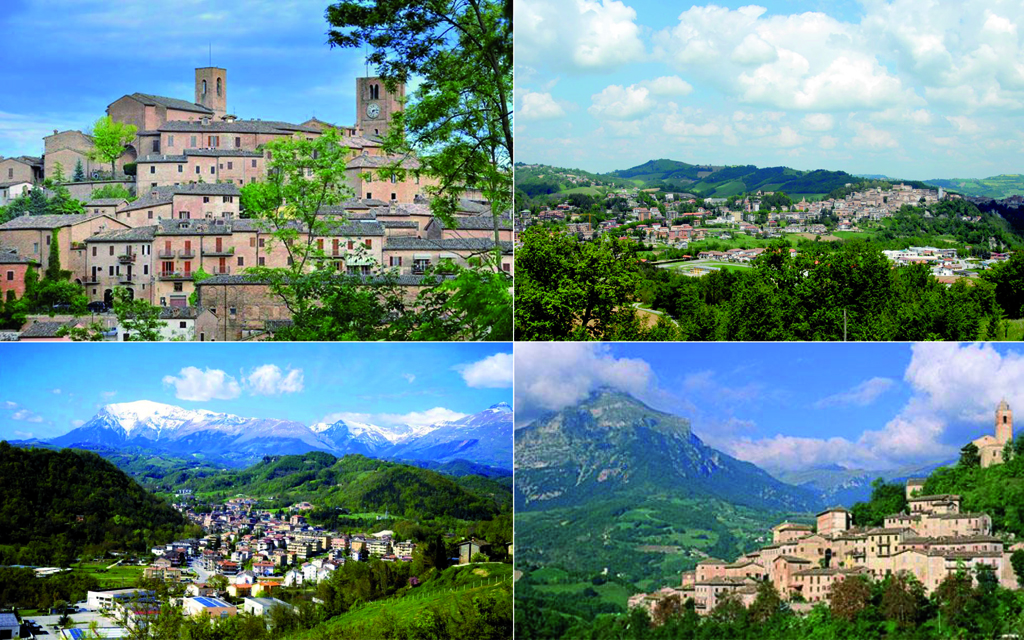 One of the itineraries suggested for your holidays in Sibillini. From village to village to the enchanting Gerosa lake.

Long about 40 km the Sibillini mountains – protected from the National Park of Sibillini Mountains – they represent one of the most extended and fascinating mountains chains of Italy. Mainly composed of calcareous rocks, the mountains frequently pass 2 thousand metres of altitude downgrade in tight valleys, such as Aso, Tenna and Ambro, or downgrade at high quota on the Western slope. Naturalistic fairy-tale scenery, between high peak, wide valleys, rivers and lakes, such as Fiastra, Pilato and Gerosa. And also ancient villages, which form centuries are surrounded by silent nature, with its colours, smells and tastes.

We propose to you a trip in this old lands, mysterious and sometimes inaccessible, starting from one of the most beautiful and fascinating village of the Marche, Sarnano. The village, in the core of Sibillini, rises up on a hill on the right of the torrent Tonnacola, its marvellous old town centre represents one of the most characteristic examples of Middle Age architectural style. Is a well-known land both for hot springs and tourism thanks also to the different ski stations. Furthermore it boasts a relevant artistic heritage. In Piazza Alta, focal centre of ancient Sarnano, are exposed Palazzo Priori, tPalazzo del Popolo, headquarters of the splendid Teatro della Vittoria, Palazzo del Podestà and the Santa Maria di Piazza’s Church.

The first stop in our holiday is far about fifteen kilometres, passing through the hinterland of Macerata and of Fermo, we will stop in Amandola. It is laid on three hills of the high valley of Tenna, near the peak of Castelmanardo mount. It was born as a union of the three castles in 1248. The gorgeous city has an historic centre which certify the prosperity of its past through the particular beauty of buildings such as the Saint Agostino’s Church (sanctuary of the Blessed Antonio) and the Saint Francesco’s Church.

Going on towards the Gerosa Lake you can’t miss to stop in the gorgeous village of Montefortino, surrounded by the natural amphitheatre made of Sibillini, from which you can see breath-taking views such as the peak of Vettore Mount, Sibilla Mount and Pizzo Regina. An enchanting scenery made of rivers – Tenna and Nera – valleys, secret places –  such as the cleft of Infernaccio – worship – such as the Sanctuary of Madonna dell’Ambro – which considerably contribute to the ancient beauty of the village with the characteristic Middle-Age aspect.

Another inalienable stop is Montemonaco. In province of Ascoli Piceno, in the high vallei of Aso, it rises up at 998 metres from the sea – the second village of Marche for height – on a plain lightweight towards Monte Sibilla. Its territory goes from peaks of Vettore – in which we ca find the extraordinary Lake of Pilato – to them of Pizzo del Diavolo to Monte Porche which mark the border of Umbria. Clefts, valleys, torrents and woods characterises the area while the village boasts a thousand-years history, controversial, interesting and legendary with buildings of particularly interest such as the Church of Saint Biagio and the Church of Saint Benedetto which conserves a fresco of Crivelli. When you arrive between the mounts Sibillini the scenery is that of Lake Gerosa, artificial basin of about 400 metres of width. Feed from the river Aso which from the slopes of Vettore arrives to the Adriatic sea on the territory of Pedaso, marks the border of three villages : Montemonaco, Montefortino, Comunanza. Created in the ’80s for the hydro-provision , today the Lake of Gerosa is a tourist attraction really appreciated : manifestation of canoe, sail and fishing, are organised frequently while a lot of visitors who chooses its gorgeous and calm beaches framed of spectacular views. Furthermore its right shore, covered by a thick woodland vegetation which is appropriated for relaxing walks in open air or the “nordic walk”.