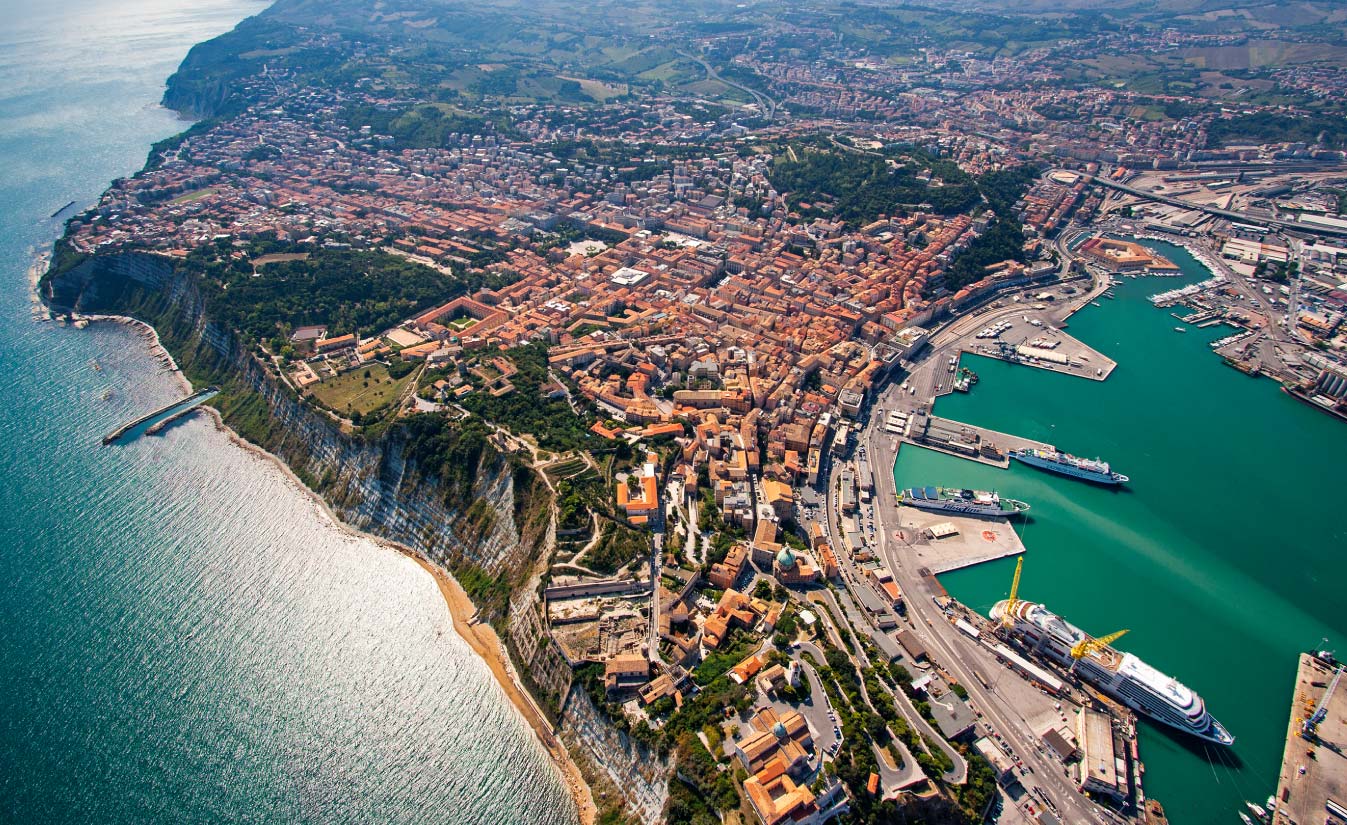 Let’s go to our beautiful capital of the region, and analyse it from a linguistic point of view and not only.

As you know, Ancona is a must-see for people who would like to visit the Marches. It’s not just the capital of the region, it’s also important for its beautiful monuments and beaches. A place where you can get lost and walk, where you can taste the local products and where you can discover the history. In fact, like many other towns in the Marches, Ancona was a crossroad of many important events. Its past echoes through the heritage that is come down to our days: the Cathedral, the Arch of Trajan, the Passetto, the Mole Vanvitelliana and much more.

Even its name tells us much of its past: the name ‘Ancona’ comes from the ancient Greek Ἀγκών or Ankón. The inhabitants were called ἀγκωνίτες (anconìtes) and this is because it was founded by Greeks from Syracuse. Before their arrival, there was a so-called Greek-piceno emporium and its toponym should date back to that time. The term Ankón (Ἀγκών) refers to the meaning of ‘elbow‘ that was the place where the cult of Diomedes was practiced. According to the myth, Diomedes was venerated as a benefactor and as the hero of justice. He was the son of Tideo and Deipile and one of the Achaeans heroes during the war of the Epigones and during the war of Troy.

Then the meaning is Greek, as indeed, for the word ‘Conero’ – κόμαρος (kòmaros) – which means ‘strawberry tree’, and literally the Conero is the mount of strawberry trees. This kind of tree grows in the forests of Mount Conero and produces a red fruit which was very important for the cult of Dionysus.